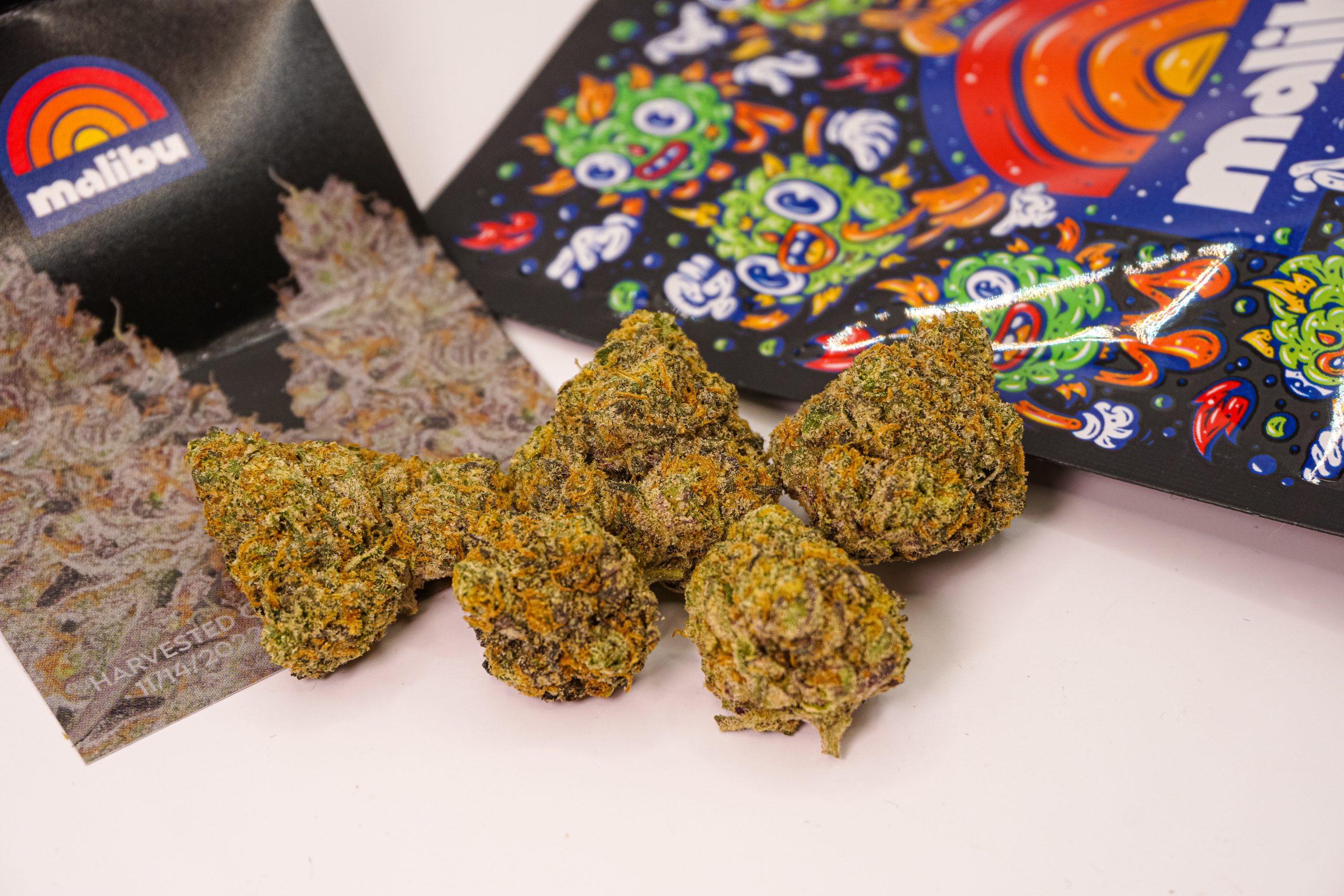 RS11 or Rainbow Sherbert is an extremely popular strain from the United States; which we previously reviewed from a coffee shop in central Holland. But how does this imported version in designer packaging from MALIBU FARMERZ hold up in the test? Uncle Kush finds out for you, in The High Cloud Strain Review of RS11 by Gaiabudz:

This beloved strain was originally crossed by Doja Pak; and according to him was created from Pink Guava and OZK. Those two parents make this exotic creation particularly complex in taste and effect; but also beautiful to look at. There are different phenos of this strain with various external characteristics. Most exhibit a light green color with yellow tones – like the buds we are now assessing from Gaiabudz. Although some are darker green with some purple tones, like the one we checked out earlier from Coffeeshop De Loods in Amersfoort.

Where most Cali weed is actually aged; due to long transportation and maybe the bag was in the US for months in the fridge. Is this RS11 from Malibu, obtained through Gaiabudz, relatively fresh. We know this because in every pack of this MALIBU FARMERZ there is a small info sheet.

In a grip bag you will find a folded up picture showing the plant in bloom, strain name AND the harvest date. The batch we analyzed in early January 2023 was harvested on 14/11/2022. That means this RS11 is so fresh that it might’ve been best to let cure even a little longer.

You’ll also notice that a little bit in the taste of this Rainbow Sherbert. Because although it smells surprisingly good, it does not yet seem to be at its peak in terms of taste. The distinctive fresh, layered sweetness is present, but less expressive than you might expect. Although you will find all the necessary notes of citrus, fresh fruit and a gassy rounding in the fragrance. This suggests that a month or two of curing, would enhance the flavor.

The effect you might expect from Rainbow Sherbert #11 is fortunately there. This is not surprising either, since it has decent THC percentages of at least 23% by itself – we tested this on the Purpl Pro. By the way, this is consistent with the high trichome density we saw on the microscope photo with the Dankoscope.

Add to this the particularly complex terpene profile – with the relaxing Myrcene as the dominant terpene – and you have in RS11 a good all-rounder. Because if you take it in lower doses you will have an uplifting, happy and smiley effect. But the relaxation quickly takes over when you consume more of it. Overall, it is an analgesic, uplifting strain with a relaxing effect at higher doses.