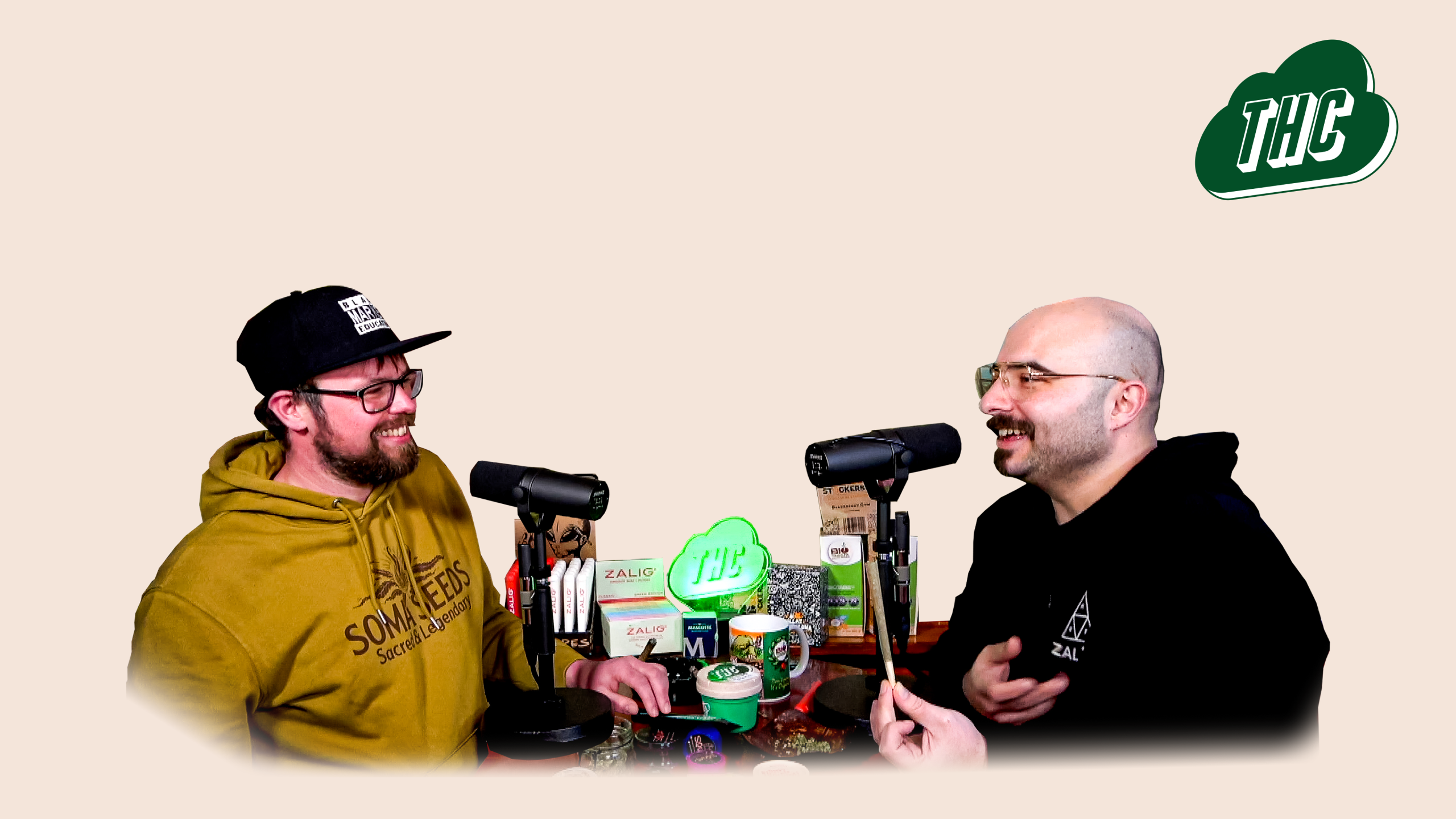 For this episode of The High Cloud Podcast, Uncle Kush sits down with legal cannabis grower Chris (Thatdutchgrower). His career in cannabis began small-scale and illegal in his grandfather’s house. But he ended up growing pot legally for the first time in Canada for his work. Nowadays, however, he does so at a high level for scientific research at the University of Wageningen. How does he feel, having to destroy all his crops without using his lungs?

Chris – @thatdutchgrower on Instagram – grows weed legally in the Netherlands for his work. Not to sell, unfortunately, but for research at Wageningen University. That means, cannabis is grown at that University on which various experiments are done for the benefit of science. Of course, Chris puts his whole heart and soul into the plants and lovingly grows them to a valuable harvest. The only downside is, he doesn’t smoke a single joint from it. Because every dastardly gram is destroyed under strict supervision.

From grows to harvests

His first grow, however, he did in his grandfather’s house when he was on vacation in Venezuela for six months. A number of “illegal” grows followed, but here there was no professionalization yet. Until Chris came to live in Canada, where he got a prescription for medicinal marijuana through his family doctor. There a medical perscription means you qualify for a cultivation license, which allowed Chris to grow openly and somewhat larger.

His home-built grow was so well liked by friends there that he started building them for others too. A hobby that soon grew into a business; allowing Chris to visit many legal growers and eventually find his niche there as a grower. After the divorcing his wife, who moved back to Holland with their kids, Chris also returned to Holland after a few years. And went looking for a job as a legal grower there. Because he didn’t feel like looking over his shoulder anymore….

How Chris found his way into the Dutch cannabis industry (and how he deals with destroying his harvests) can be seen in S02E04 of The High Cloud Podcast with Uncle Kush and Thatdutchgrower – GROWING LEGAL WEED for RESEARCH:

This episode was recorded at @coffeeshopthesquad in Zaandam, and was created with support from Zalig.co, Mascotte Active Filters, BioTabs Organic Plant Nutrition and Seedstockers Seeds.