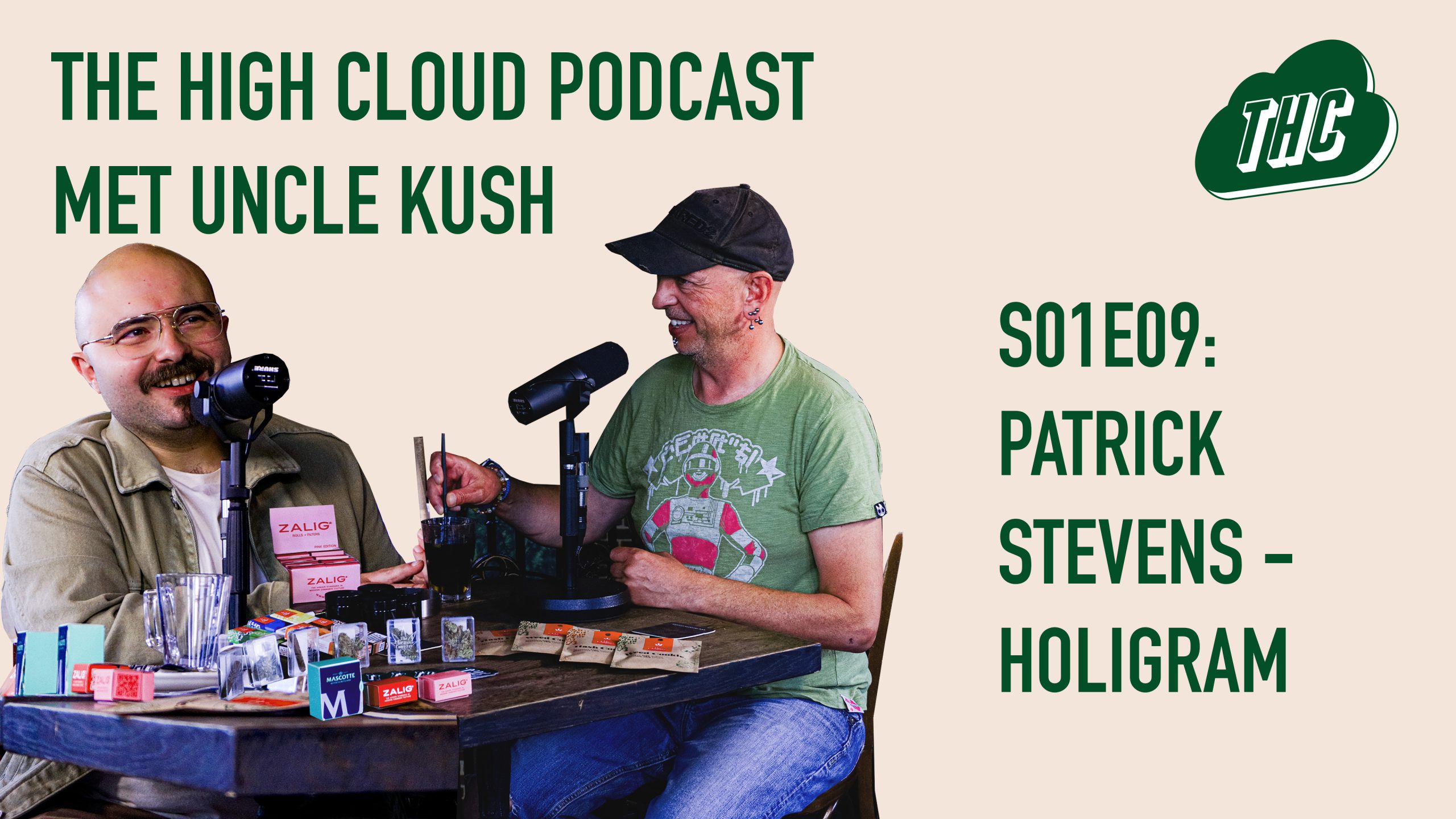 In the 9th episode of The High Cloud Podcast, Uncle Kush sits down with Patrick Stevens. He has been in the industry for decades and now works at one of the ten legal growers in the upcoming Dutch ‘weed-experiment’: Holigram (Grassmeijers). At The Grass Company in Tilburg, Uncle Kush and Patrick talk about: Patrick’s path in the cannabis industry, growing weed in the weirdest places in the world and blacking out in Uruguay; among other things. But also about: fake and ‘cannamimetic’ cannabinoids, high fines abroad and of course all about (Patrick’s role in) the cannabis experiment.

Patrick“Pattekx” Stevens is perhaps best known for his time at BioBizz. As Mr. Bloom he traveled the world helping people get into organic plant nutrition. He got there through a grow shop-wholesaler; he explains to Uncle Kush in this ninth episode of The High Cloud Podcast with Uncle Kush. Recorded at one of the coziest shops in the Netherlands, The Grass Company in Tilburg. Now, however, ‘Pattekx’ works for Grassmeijers, which has a license under the name Holigram to grow legal weed to supply coffee shops in the near future.

All this is done under the guise of the“weed experiment”. In short, coffee shops in ten selected cities will soon be allowed to legally purchase marijuana from these growers. The purpose of this is to investigate what effect regulating/legalizing the “back door” has. And especially its impact on public health, safety of entrepreneurs and consumers; and the black market.

We talk about expected supply, price and packaging and more. But also about how Holigram will distinguish itself later and how Patrick fills his days now, since there is not yet a plant in the ground at the legal growers.

Weed all over the world

Moreover, through his work, Patrick has met smokers and growers almost everywhere in the world. He recounts in full detail cannabis fairs in Japan, going out in Uruguay, sky-high fines in Germany; and miraculously escaping a fine in Austria by taking a ‘roadside sobriety test’. But also about getting caught in Italy because of a bud of CBD flower! In short, another well-rounded episode with a legend from the industry.

Roll up and enjoy!