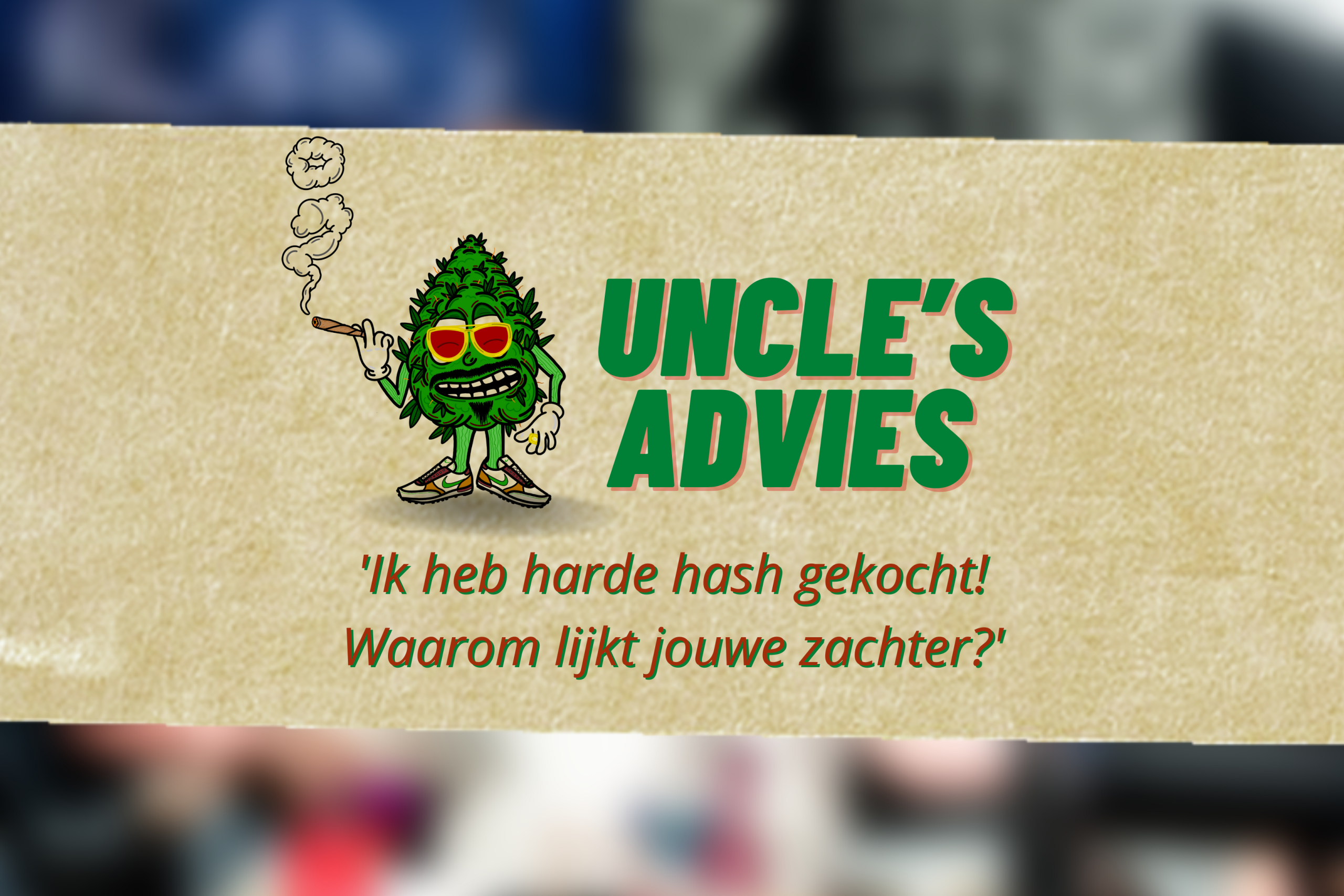 ‘I bought rock hard hash! Why does yours seem softer?’

Home » ‘I bought rock hard hash! Why does yours seem softer?’

Uncle’s Advice is a category in which Uncle Kush gives advice on all things cannabis. The host of The High Cloud Podcast receives countless questions from (novice) smokers via DMs, emails and random comments. One of these smokers is Sam. He wonders why his hash looks so different from the ones he often sees on @therealunclekush -Instagram† Uncle Kush offers advice:

As usual, most questions from novice smokers come to Uncle Kush via Instagram DM. Like this time, where ‘Sam’ (without tag because of friends and family) manages to reach uncle Kush with his question about hash:

Yo Uncle Kush, you have a nice podcast! I had a question, I’m a novice smoker and recently bought 2 grams of hash, although I don’t know what kind. But on your videos I see that your hash falls apart very easily and smoothly. Mine, on the other hand, is very hard and I really have to take it apart with my nails. I keep it in a bag and that bag sits inside a tin container. I think it is very dry. Do you know what this could be?’

‘Hey Sam! Thanks for your question man and thanks for following. It could indeed be that your hash is dried out. But to understand what might be going on with this hash, let’s first look at what exactly hash is,” Uncle Kush begins.

He explains: ‘In general, hash is made by compressing dry sift (dry sifted trichomes) into a brick. Sometimes this is done at room temperature, but sometimes also with heated plates and/or different pressure levels. So you can already get a bit firmer hash by using more heat and more pressure in this process; and softer due to less pressure and less heat.’

What also makes a difference, is the used plant material. How much moisture was in there, what size sieve was used and how is everything processed? All these elements impact the texture and eventual quality of a hashblock.

Unfortunately, that softer hash can also dry out over time (or when poorly stored) and I get that suspicion after seeing your photo. Because we still clearly see some structure in the block. So it doesn’t look like it was pressed very hot or with a lot of pressure. Meaning there’s a good chance that your hash is simply dried out… But before we conclude that, does it still smell and taste like something, and does it bubble when you heat it with a lighter?’

Sam replies: ‘It smells and tastes good and I get the right effect from it. I just tested if it bubbles and it does.’ As a result, Uncle Kush concludes: ‘hard to say where it really comes from, especially without having seen the sample. It’s either pressed a little warmer, or it’s drying out. Because when you make hash, a protective layer forms on the outside to protect the terpenes. If you cut off a piece, that layer will come back but less strong, so that the hash slowly dries out.

Can you still smoke dry hash?

‘As long as it doesn’t look polluted, smells and tastes good, and it gives a nice effect, it’s fine. But above all I would like to say: vary and learn. By trying different varieties and shops you learn a lot about quality and what you personally like best!’

On which Sam quickly draws his conclusion: ‘Thanks for the explanation, next time I will buy my hash from another shop.’ And we can only support him in that 😂

Do you also have a question for Uncle Kush? Mail to info@thehighcloud.eu or send a DM via Instagram .