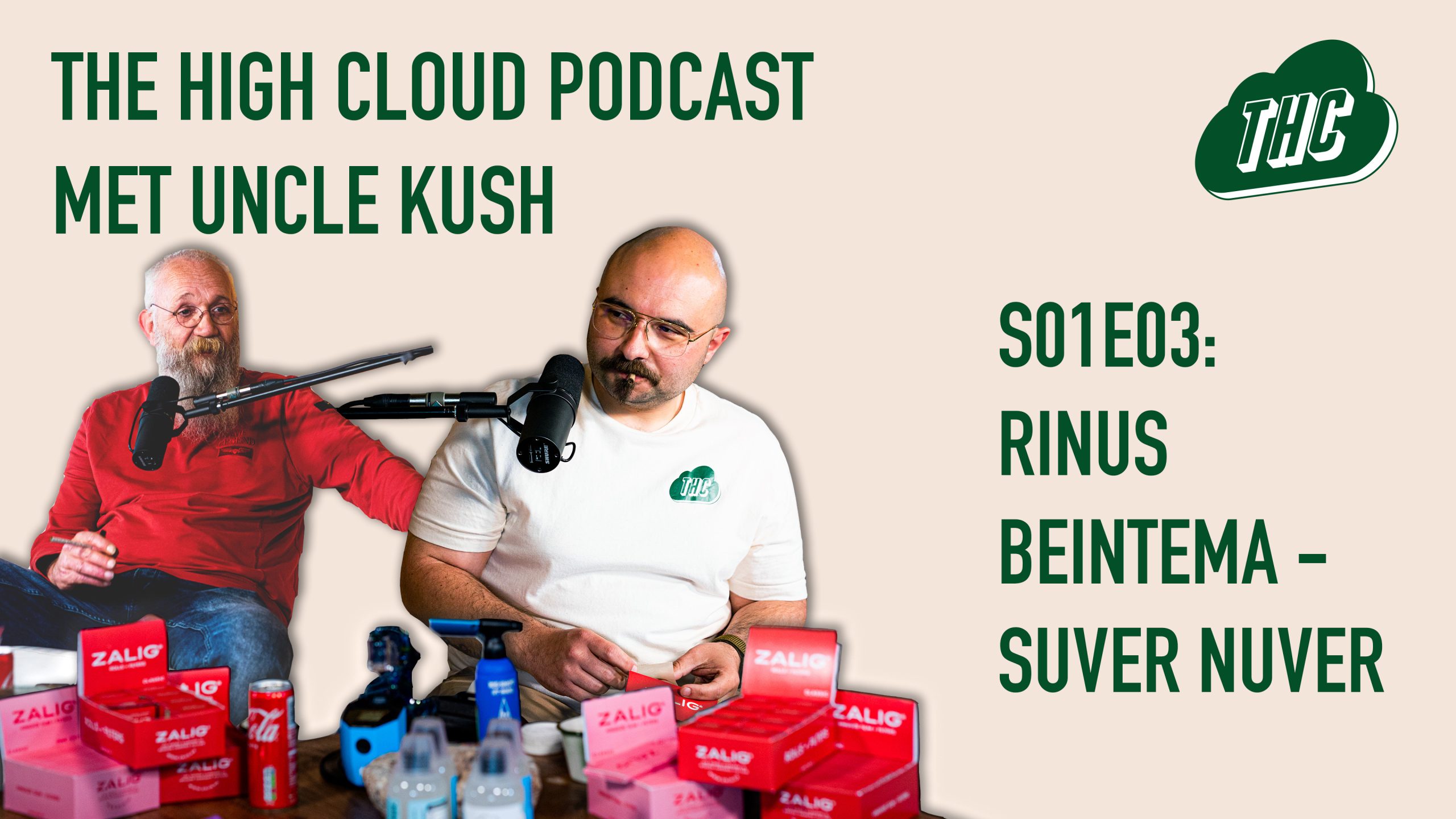 Rinus Beintema is our guest in episode three of The High Cloud Podcast with Uncle Kush . Besides an avid cannabis user, Rinus is known as the ‘Robin Hood of Cannabis’ due to his radical activism. For example, he provided illegal cannabis oil to more than 10,000 people, cultivated weed on national TV and now LEGALLY imports cannabis water containing THC into Europe… Find out all about these – and many other – topics in this extra long, super interesting episode of the THC podcast with Uncle Kush:

Meet Rinus: ex-weed grower, cannabis activist and the ‘Robin Hood of Cannabis’. He was given this nickname by de Volkskrant in 2018, due to his work as chairman of the Suver Nuver Foundation. This foundation has been providing illegal cannabis oil to patients since 2011; and now has more than 30,000 donors.

Rinus’ devotion to the plant originated from a sense of injustice done to him early in his career. There began a years-long struggle against the government, with the sole aim of legalizing the cultivation of cannabis. Not for himself, but for everyone! He does that the Rinus way, with the most playful actions he can think of. And of course we discuss this extensively during the podcast…

For example, he started a nursery with, among other things, his own telephone number on the wall, so that he could be contacted by the police in the event of a raid. This even got him on national television, on government-channel BNN. This earned him national fame; but unfortunately without result.

That is why he eventually set up the foundation, which combined the cultivation of recreational weed with the provision of cannabis oil to people who benefit from it. In a few years that grew into a national organization with several drop-in points and as many as 30,000 donors; of which 10,000 active members.

However, all this is not without risk, given that the man had to deal with a lot of setbacks in his career. From raids to shootings and a recent trial where he was found guilty but not sentenced. Now you may think that this is a nice result. But for someone who wants to make a difference and was challenging the government to change something, this was the worst possible outcome.

That is why Rinus recently came up with a new loophole. One that he hopes will bring about a change in the law this time: Italwater . Yes, he discovered a way to LEGALLY import a full-spectrum, THC-containing drink from the US. Now whole pallets of legal THC are arriving at Beintema’s foundation – seen and approved by customs in the US, France, Belgium and the Netherlands.

His hopes are that this will eventually lead to a discussion; which can be positive for cannabis growers who want to work with more than 0.5% THC. In any case, he wants to make it clear that the way in which the legal maximum of 0.5% THC in hemp products has been set makes no sense.

Watch the podcast with Rinus now!

In the podcast, Uncle Kush also discusses Rinus’s personal preference when it comes to his own cannabis use. In addition, extracts, hash, scientific research, contaminated cannabis samples that Rinus sees in his ‘ high lab ‘ and many more interesting topics are also discussed!

So don’t miss out on this extra-long episode of The High Cloud Podcast and watch it NOW below: