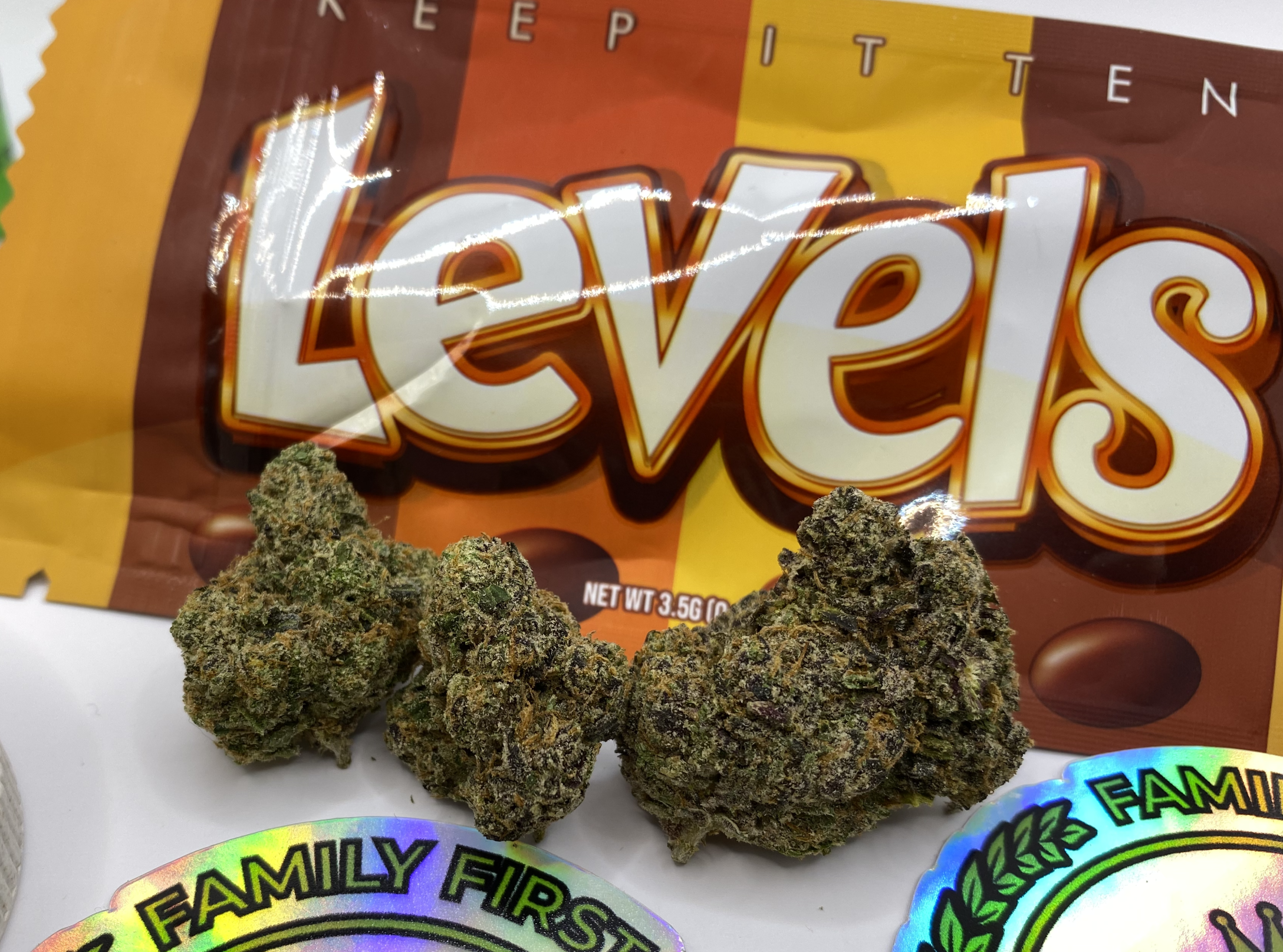 Levels from TheTen.co is a wonderful American import strain. ‘Cali-weed’, as it is called. And while the quality of this imported cannabis sometimes leaves something to be desired, after smoking this strain you will only wish for more! Check out The High Cloud Strain Review of Levels now, and discover this special cannabis strain:

Levels is a delicious Cali strain, created by crossing three powerful cultivars: Gelato, Cookies & Cream and Tina. And all that sweetness was well preserved during the selection process. Because this strain doesn’t just come in candy-like packaging… Because as soon as the neatly designed bag is opened, you immediately smell a sweet aroma of chocolate and fresh cake; with a fresh tone to prevent the strain from becoming creamy.

The beautifully shaped buds present a rainbow of colours, from fresh green hues to dark purple and amber colored pistils. This variety looks at least as tasty as it smells. Both the outside of the packaging and what’s inside are appealing; since there are literally some kind of Malteser sweets printed on the packaging.

This is also logical, because this probably comes closest to the taste of this special cannabis strain. Levels has – just as the smell suggests – a sweet taste that is reminiscent of biscuits and chocolate. Although this strain doesn’t have the creamy aftertaste – which you often have with Cookies & Cream hybrids. On the other hand, the sweetness is carried by a nice fresh undertone; due to the decent amount of limonene in this strain.

That’s quite a surprising terpene in this strain, by the way. Since Levels is known as an indica-dominant hybrid and limonene is a true sativa terpene. This means that despite the indica dominance, this strain is not an instant couch-locker. In fact it offers a euphoric relaxation, which is ideal for a night of chilling; without the feeling of your left eye hanging in your right pocket! All in all, Levels has a very balanced effect for an indica strain.

The Levels in this strain review is a strain by ‘theten.co‘, a team formerly known in Europe as the Team10 brand. Where at the time the focus was mainly on extracts, The Ten is now working hard to penetrate the American flower market. With legal grows in California and even a serious dispensary there! It is safe to say that they are slowly becoming one of the leading international cannabis brands.

However, these buds were obviously not purchased in the United States, but right here in the Dutch capital! Because thanks to Coffeeshop Family First, these exotic products can also be admired in Amsterdam. Visit this cool coffeeshop on the Amstel 36 to discover it yourself!